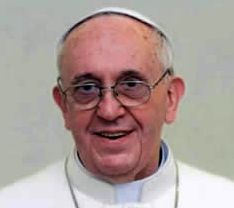 Pope Francis has apologised for behaviour towards Christians from non-Roman Catholic churches that “has not reflected Gospel values.” The Pope made his comments during a Vespers service in the Basilica of St Paul Outside the Walls in Rome last night attended by the Archbishop of Canterbury’s Representative to the Holy See, Archbishop Sir David Moxon.

On its Facebook page, the Anglican Centre in Rome described the homily and the joint blessing as “very powerful words and a very powerful gesture.”

“In this Extraordinary Jubilee Year of Mercy, we must always keep in mind that there cannot be an authentic search for Christian unity without trusting fully in the Father’s mercy,” Pope Francis said. “We ask first of all for forgiveness for the sins of our divisions, which are an open wound in the Body of Christ.

“As Bishop of Rome and pastor of the Catholic Church, I want to ask for mercy and forgiveness for the behaviour of Catholics towards Christians of other Churches which has not reflected Gospel values.

“At the same time, I invite all Catholic brothers and sisters to forgive if they, today or in the past, have been offended by other Christians. We cannot cancel out what has happened, but we do not want to let the weight of past faults continue to contaminate our relationships. God’s mercy will renew our relationships.”

Journey with the Pope

Day of Fasting and Prayer